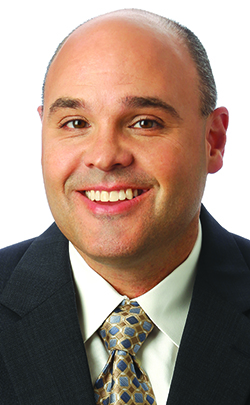 I used to be a turnaround consultant. Basically, I provided financial consulting and analysis services to struggling or bankrupt companies, along with their attorneys and lenders.

I would value a company or division … advise attorneys who had questions about the meaning of financial statements … and run the accounting and finance division of a company.

My clients varied, too.

I worked with companies with billions of dollars in sales and those with a few million. I even worked with individuals in financial trouble.

I helped to rehabilitate companies, but sometimes they were too far gone.

I’ve seen people suffer more than they deserved to.

I’ve seen pension benefits get watered down. This was usually because, when the business cycle turned down, management hadn’t squirreled away enough for a rainy day.

I’ve worked with people who put all their eggs in one basket. That’s just a saying until you see its grim effects.

One gentleman I respected almost died when the employer stock he had pinned his and his wife’s retirement hopes on dropped suddenly.

Victor wasn’t young. I never learned his exact age, but he was more than halfway through his working career when I met him. Never fat, he became gaunt as the stock price fell.

Eventually, he was admitted to the hospital to address the debilitating effects of the stress.

The company eventually recovered and so did Victor’s retirement plan. He is still with us, but I imagine that experience cut some time off his life.

I want to help you find reasonably priced stocks with minimal downside, but with the potential to go much higher.

A 133% gain on Rayonier Advanced Materials…

A 158% gain on United Insurance Holdings…

Now I’m bringing my investing expertise to Brian Christopher’s Profit Line to help you follow company insiders into their next lucrative trade.

As a former turnaround consultant who helped companies in financial distress recover their footing, I am very familiar with how companies run. I’ve sat on the boards of these companies. I think like an insider because I’ve been an insider.

And following these insiders into trades can be incredibly lucrative.

Everyone — no matter their age, net worth or investment experience — can profit from legal insider trading.

Yet, many don’t know it’s out there.

See, when it comes to legal insider trading, company executives have to report all their trades to the Securities and Exchange Commission (SEC). They file what’s called a Form 4, which reveals exactly how many shares of stock they’re buying. It’s a massive signal. (Anyone can access this information simply by going onto the SEC website.)

When insiders signal that it’s time to buy a stock, they really mean it — and if you invest along with them, the profits can be massive.

Often, these insiders are getting into the stock just when Wall Street gives the company up for dead.

This is where my three-tiered strategy comes into play.

In effect, this strategy allows us to “slip inside” the boardrooms of all 3,600 publicly listed U.S. companies…

And pinpoint the insider buys set up to offer the easy, fast, consistent profits.

This system is the core investing strategy behind my service, Brian Christopher’s Profit Line.

But that’s only half of the services I offer. My other service uses stock market moves to make gains.

And I’ve generated a system — with an easy-to use “profit accelerator” that magnifies gains exponentially — to take advantage of momentum investing.

Smart Profits Daily takes subscribers “behind the scenes” with candid insights on Wall Street’s most important financial headlines — insights that you can use to profit for yourself.

Profit Line is one of my most elite stock advisory services! After five years of "boots on the ground" research, including combing through 25,000 hours of real-time market data, deciphering obscure government legislation and much more, I discovered how to find readers the best picks moments after my proprietary strategy — the profit line — shoots up. This sets you up for multiple triple-digit gains week in and week out! Back tests identified scores of steady triple- and quadruple-digit gains — and now I am bringing these trades to you! To learn more, click here.

Flow Matrix Alert is a revolutionary trading service that lets you grab big gains as quickly and simply as possible. Studies have shown that momentum investing — buying recent stock winners and selling recent losers — generates higher returns than the overall market. And I have generated a system to help you take advantage of it … but you won’t be buying stocks. Instead, I’ll show you how to use a simple “profit accelerator” to magnify your gains exponentially. To learn more, click here.

Smart Profits Daily takes subscribers “behind the scenes” with candid insights on Wall Street’s most important financial headlines — insights that you can use to profit for yourself. You’ll hear from a team of seasoned investment experts six days a week. Best of all, it’s 100% FREE. To learn more, click here.